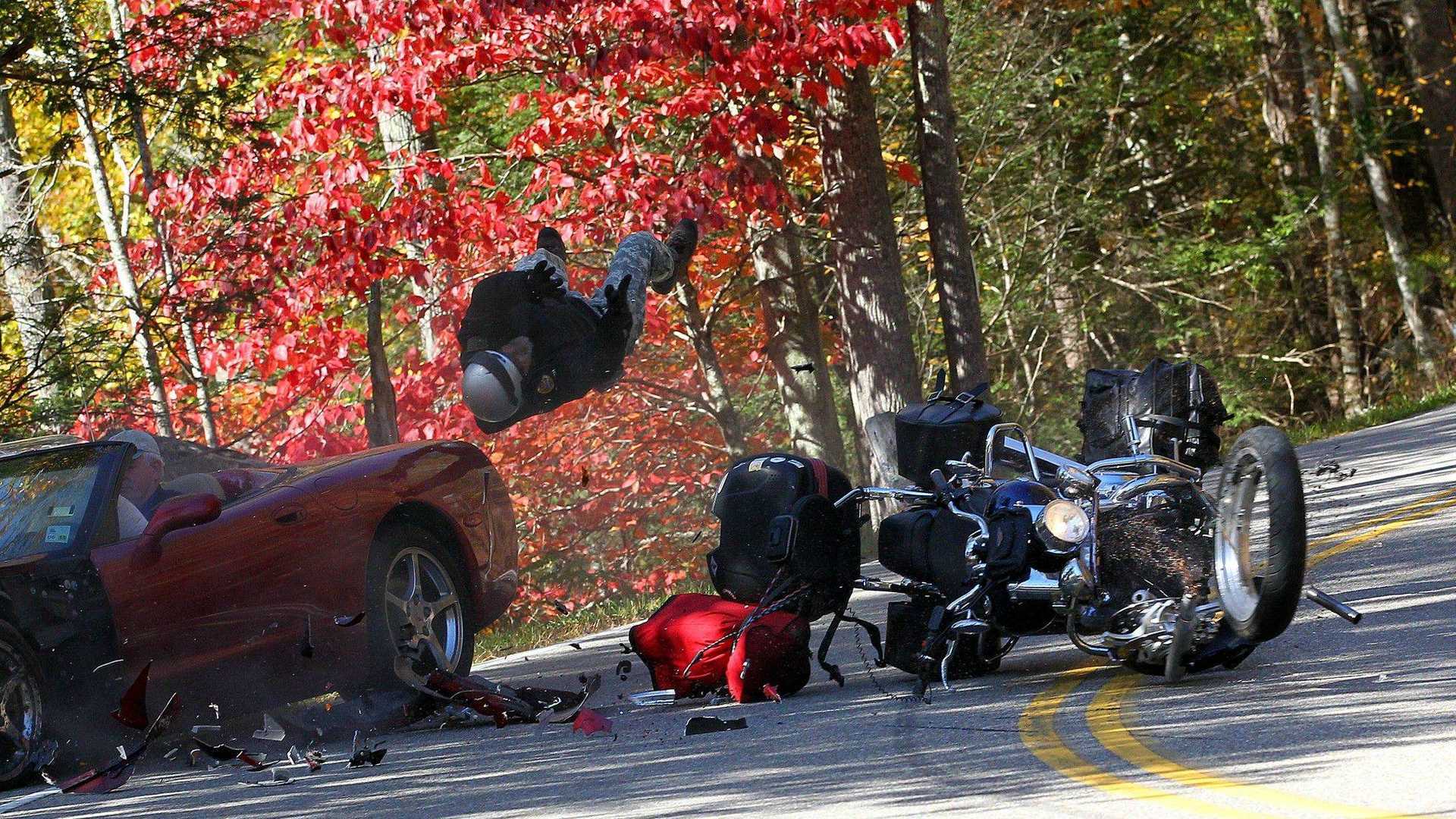 One of the biggest causes of crashes for riders is target fixation. When individuals target fixate, they are prone to steer in the direction of their gaze, which is often the ultimate cause of a collision. The term target fixation was used in World War II pilot training to describe pilots flying into targets during a strafing or bombing run. This article is about principles and technique. Need the right motorcycle parts and equipment? Check out these OEM certified motorcycle importers.

In this article, we’ll look at three examples of target fixation plus some advice on how to avoid its pitfalls. In this example, the rider begins to feel that they’re in a corner too hot. Instead of trusting the bike, they begin to roll off the throttle and tap the brakes, standing the bike up. But worse, they then fixate on the pole up ahead.

Despite the fact that the pole is probably less than a foot wide, see how close they come to hitting it because of target fixation. Our next example is at the track and involves two instances of target fixation. Firstly, the rider misses the apex and panics. Again, instead of trusting the bike and trying to turn tighter, they’re now thinking about a potential crash and looking at what they may hit. To the riders credit, they save the bike initially but panic is still in play. Once recovering the bike, ideally the rider would then look ahead to the next apex and steer towards it.

But again, their negative instinct is to focus on what they may hit – and target fixation ensures that happens. Finally, an example of how target fixation can happen even in a straight line.Watch the car up ahead. It isn’t stationary, just going much slower than the rider is. It’s right here the rider finally realises he’s closing fast on the car. He’s too close to stop in time, so the safest course is to swerve around. But all the rider can see is a car and target fixation locks in.

Even at the very last moment the rider probably could have swerved, but his eyes were firmly focused on the rear of the car. To reduce or eliminate target fixation, try the following. First, look with your head, not just your eyes. Physically move your head in the direction you are looking. Second, don’t look at one thing for more than a moment – continually scan your field of vision. Third, talk to yourself.

Use a key phrase such as “Look” or “Focus” to remind yourself what to do. If in an emergency, tell yourself what to do – don’t be passive. Fourth, look through the corners – don’t just look ahead of you, look into the distance to give yourself time to properly react. Lastly, relax. Easier send than done, but if you can do that, the less you’ll tense up and target fixate.

Looking for a Honda bike? Here are the top three motorcycles you should consider

Focus on the fuel consumption of the Nissan Rogue 2018